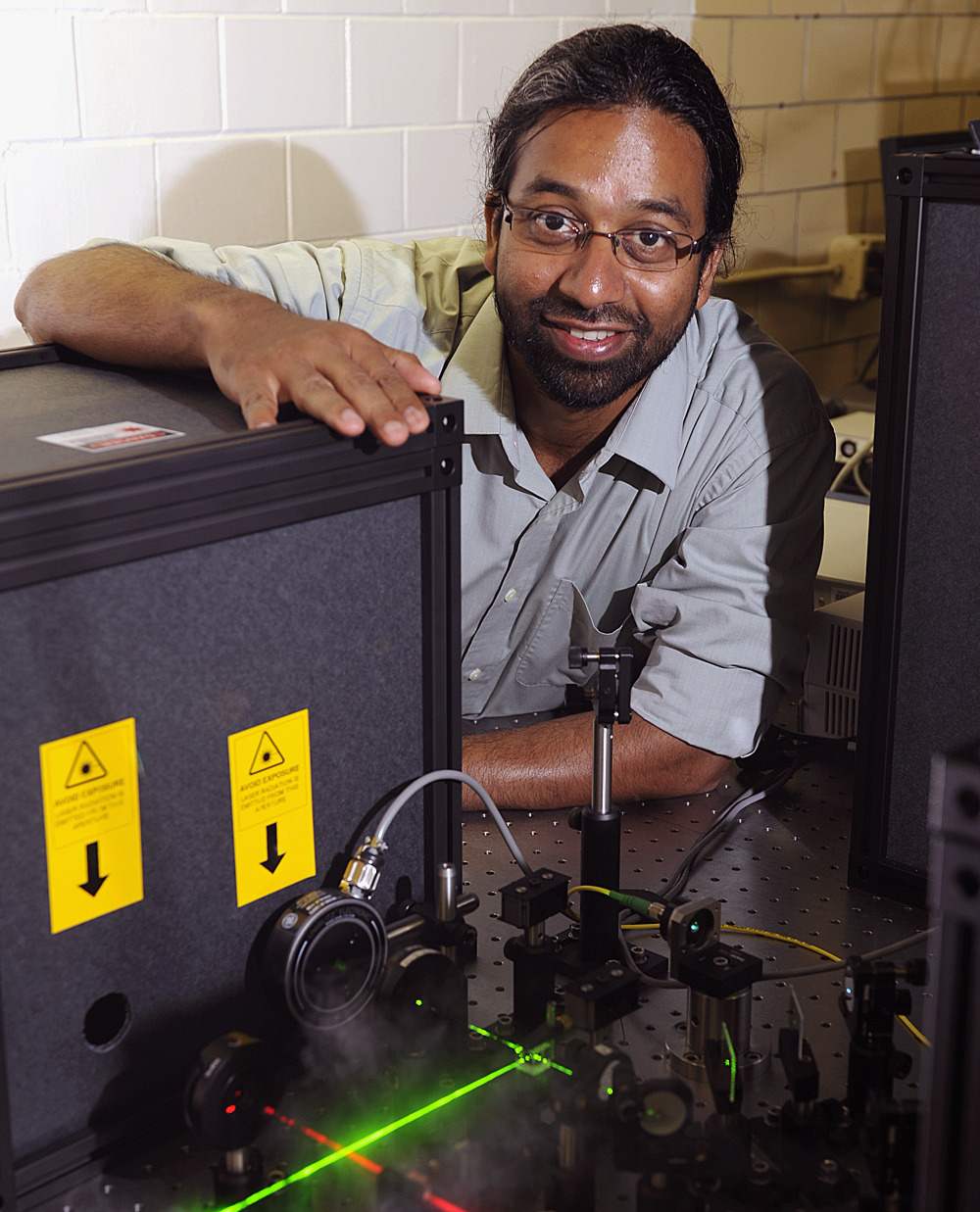 AMES, Iowa – Sanjeevi Sivasankar knows a lot about how the healthy cells in your body stick together.

He and his research team have studied cell adhesion proteins called cadherins. They’ve developed an instrument that takes 3-D measurements for single-molecule studies of cell adhesion. And they’ve discovered three types of bonds (ideal, catch and slip) by studying cadherins when they’re subjected to a pulling force.

And now Sivasankar, an Iowa State University assistant professor of physics and astronomy and an associate of the U.S. Department of Energy’s Ames Laboratory, is turning his expertise and tools to the study of bonds between cancerous cells.

Sivasankar has just received a four-year, $715,000 grant from the American Cancer Society. The grant will support molecular studies of cadherin mutations in cancer cells, including their effects on cell-to-cell adhesion and what happens when a force is placed on those cells. Sivasankar is one of 13 researchers in the state of Iowa currently funded by the American Cancer Society.

“In healthy tissue, cells stick tightly to their neighbors using cadherin adhesion proteins that are present on the cell surface,” Sivasankar said. “When cadherins are altered by cancer mutations, their adhesive function is compromised.”

And that’s one way cancer could spread.

“Cancer cells do not robustly adhere to their primary tumors,” Sivasankar said, noting cancer causes changes in amino acids critical to cell binding and inhibits the cadherin clustering that can strengthen cell adhesion. “They detach and invade neighboring tissue, particularly when subjected to mechanical stress.”

That mechanical stress could include blood flow and muscle movements, Sivasankar said.

“We have developed technologies to do these studies,” Sivasankar said. “We have all the tools. It’s time to use them.”

He said the project is also a good demonstration of how physics can be used in the fight against cancer.

“In biophysics, we use the techniques, tools and methods of physics to understand a biological problem,” he said. “We’re comfortable reducing a problem to its fundamental units and trying to understand it. This is a marriage between the physical sciences and the biological sciences.”

In this study, the goal is a better understanding of cancer. And that could lead to new cancer treatments.

“We believe our project will give us a fundamental understanding of the role that mechanical stress plays in the spreading of cancer,” Sivasankar said. “Much of modern medicine is built on such fundamental research.”