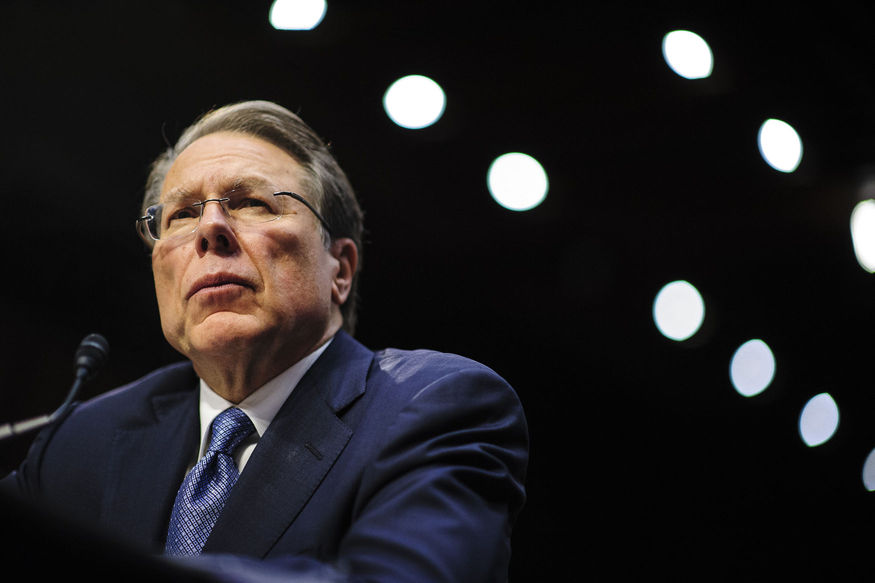 The Democratic governor signed a sweeping new gun control measure into law Thursday in response to the Sandy Hook Elementary School massacre in his state.

It also requires universal background checks for purchasers of all firearms and prohibits the sale and purchase of large-capacity ammunition magazines holding more than 10 bullets, or rounds, such as the 30-round magazines Lanza used.

“I think the problem with what Connecticut did is the criminals, the drug dealers, the people that are going to do horror and terror, they aren’t going to cooperate,” LaPierre said on Fox News. “I mean, all you’re doing is making the lawbooks bigger for the law-abiding people.”

In an appearance on CNN’s “State of the Union,” Malloy said he thinks LaPierre is “so out of whack, it’s unbelievable.”

“Wayne reminds me of the clowns at the circus — they get the most attention. That’s what he’s paid to do,” Malloy said.

“I can’t get on a plane, as the governor of the state of Connecticut, without somebody running a background check on me. Why should you be able to buy a gun? Or buy armor-piercing munitions? It doesn’t make any sense. He doesn’t make any sense,” he added. “What this is about is the ability of the gun industry to sell as many guns to as many people as possible — even if they’re deranged, mentally ill, a criminal background, they don’t care. They want to sell guns.”