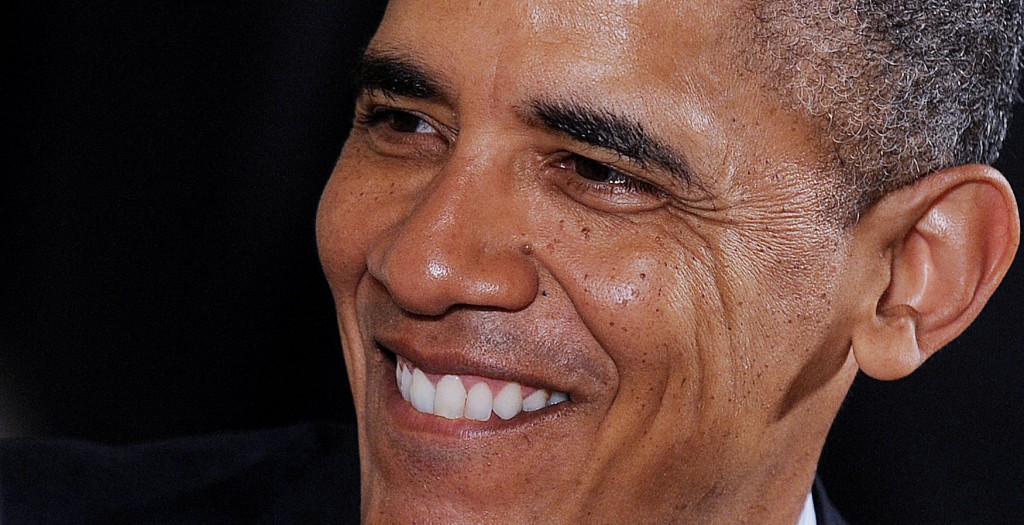 “We need fewer self-inflicted wounds from Washington,” the president said in his weekly radio and Internet address, “like the across-the-board” sequestration spending cuts that he said economists predict will cost the economy hundreds of thousands of jobs.

He said “smarter choices” are needed “if we want to keep rebuilding this economy on a stronger, sturdier foundation for growth.”

The president touted the jobs created in the past three years but acknowledged more needs to be done “to get the economy growing faster, so that everybody who wants a job can find one.” The latest jobless figures this week showed unemployment at 7.6 percent, with the rate softened by the exclusion of millions who have given up looking for work or stuck in part-time jobs.

“This week, I’ll send a budget to Congress that will help do just that — a fiscally responsible blueprint for middle-class jobs and growth,” he said.

His budget, Obama said, will cut deficits while making investments he says are needed to get the economy going.

“We don’t have to choose between these goals — we can do both,” he said, adding, “nothing reduces deficits faster than a growing economy that creates good jobs.

“My budget will reduce our deficits further — not with aimless, reckless spending cuts that hurt students and seniors and middle-class families — but through the balanced approach that the American people prefer, and the investments a growing economy demands.”

Obama said “our deficits are already shrinking at the fastest rate in decades.” He said his budget will provide for another $2 trillion in reductions on top of the more than $2.5 trillion already put in place.

“That will surpass the goal of $4 trillion in deficit reduction that economists believe is required to stabilize the nation’s finances,” Obama said, adding he will propose “tough reforms” for Medicare and “common sense tax reform” that will close loopholes for the wealthy.

Money also will be provided for early childhood education and job training.