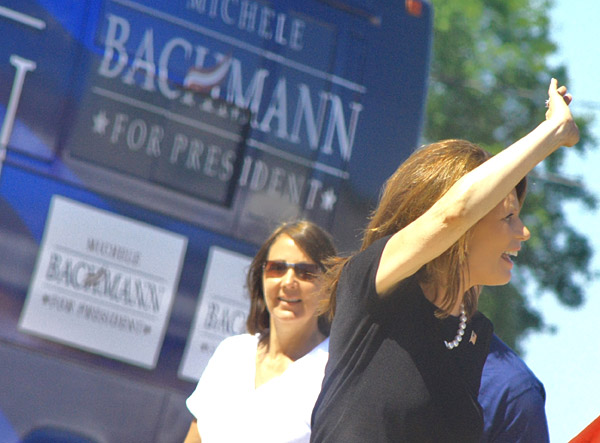 WASHINGTON, March 25 (UPI) — The 2012 presidential campaign of U.S. Rep. Michele Bachmann is under scrutiny by a federal ethics watchdog, people linked to the congresswoman said Monday.

The network said Bachmann has not been formally accused of any infractions.

Bachmann’s attorney, William McGinley confirmed to ABC she was being probed by the ethics office, but denied any improprieties.

“There are no allegations that the congresswoman engaged in any wrongdoing,” McGinley said in a statement.

“We are constructively engaged with the OCE and are confident that at the end of their review the OCE board will conclude that Congresswoman Bachmann did not do anything inappropriate.”

Others confirmed they had been contacted by investigators.

Peter Waldron, a member of Bachmann’s Iowa campaign staff, told ABC he had been questioned by federal investigators. He filed a complaint with the Federal Election Commission in January alleging inappropriate use of campaign funds.

Waldron has complained to the FEC and to the media he was never fully paid by the Bachmann campaign.

ABC said among the allegations being investigated is one that Iowa state Sen. Kent Sorenson, who served as Bachmann’s campaign chairman for the state, took money under the table for his support.

Waldron, a fundamentalist pastor, also alleges a campaign staffer illegally received funds from both the campaign and a political action committee, while other staffers were not paid until they signed a non-disclosure agreement.

Bachmann, a conservative who has been a prominent member of the Tea Party movement, was re-elected to a fourth term in the House last fall.