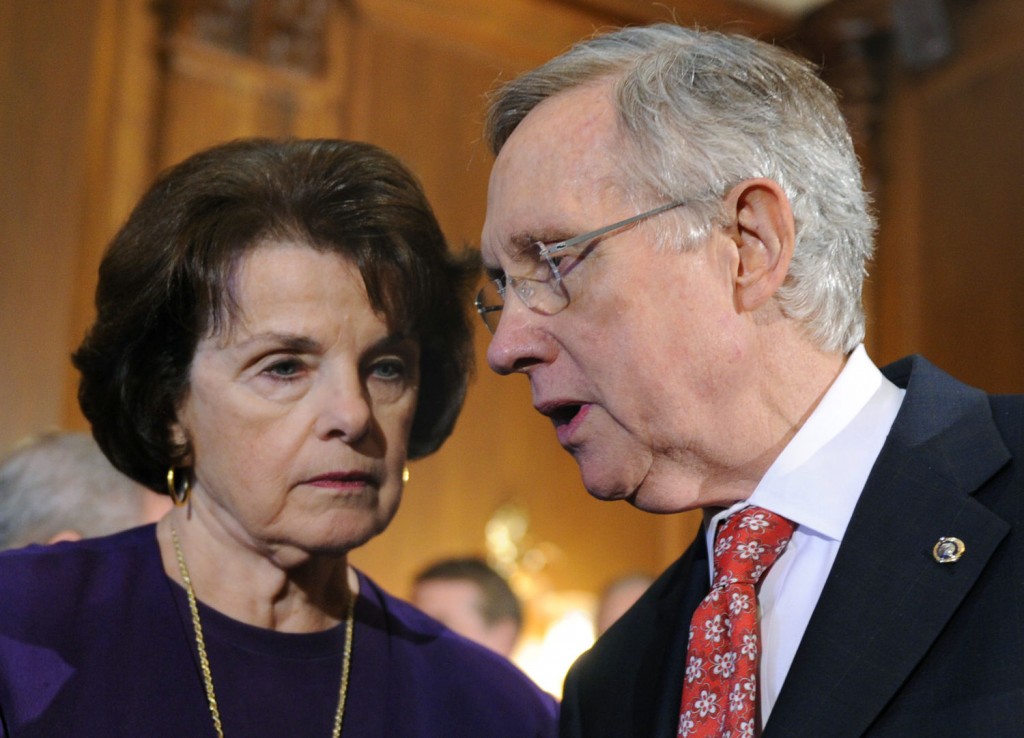 “Weapons are more lethal today than they were in 2004,” when a federal ban on assault weapons expired, she said. “”The need for a federal ban has never been stronger.”

“I walk away pleased, optimistic, I’m not under any delusion that this is a slam dunk or that it is already in the bag,” Bloomberg said outside the White House after their meeting. “I think it is something that the time is coming. And if not now, it’ll be later. The difference is there are gonna be an awful lot more people murdered between now and later.”

Bloomberg also made his way over to Capitol Hill where he talked guns with Senate Majority Leader Harry Reid of Nevada, and Republican Sens. John McCain of Arizona, Susan Collins of Maine and Mark Kirk of Illinois. The mayor, who has transitioned from Democrat to Republican to independent, said he also found those meetings productive, Roll Call said.

“While none of them made a specific commitment — so you can’t go back and say, ‘you told Bloomberg this’ — I walked away comfortable that they understand the issue and that they will be there,” he said.

The Senate hearing was the first on the proposed ban on military-style assault weapons since the Dec. 14 deaths of 20 children and six adults in the Newtown incident, USA Today reported.

Sen. Chuck Grassley, R-Iowa, the ranking member on the Judiciary Committee, expressed his opposition to Feinstein’s proposal, saying it was based on “arbitrary distinctions” and has “nothing to do with the functions of the weapons.”

The proposal would ban the sale of assault weapons and magazines carrying more than 10 rounds of ammunition, exempting currently existing weapons, as well as the sales, importation and manufacture of semiautomatic weapons with detachable magazines and certain other military features.