Obama: ‘Wish I had had a father’ 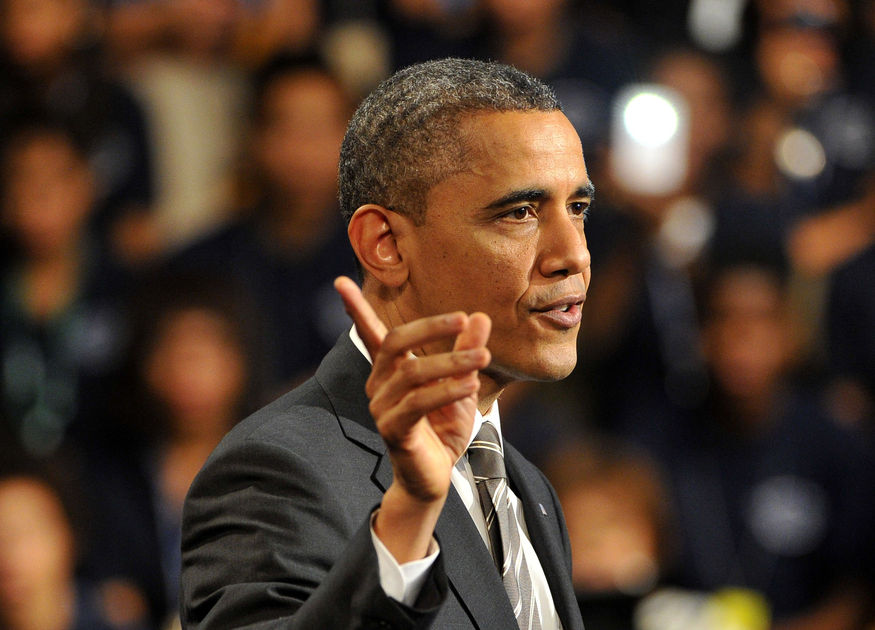 CHICAGO, Feb. 15 (UPI) — President Barack Obama, promoting his gun control and economic proposals in Chicago, said Friday he wishes he had had a father in his life while growing up.

Obama, making his third campaign-style trip in as many days to push the proposals he made in his State of the Union address, said guns aren’t the only reason behind violence in the countries.

“This is not just a gun issue. It’s also an issue of the kind of communities we are building,” he told an audience at Hyde Park Academy, near his South Side home.

The audience included the parents of Hadiya Pendleton, the 15-year-old shot to death in a Chicago park just days after she participated in Obama’s second inauguration.

“Too many of our children are being taken away from us,” Obama said, comparing the number of children killed in Chicago to the Sandy Hook Elementary School massacre in which 20 children died Dec. 14.

Obama noted an equivalent number die every four months in Chicago and said the United States should do more as a nation to promote strong, stable families.

“Don’t get me wrong. As the son of a single mom … I turned out OK,” he said, calling single mothers “heroic.”

“I wish I’d had a father who was around and involved.”

Obama said gun control proposals “deserve a vote in Congress, they deserve a vote,” recognizing attitudes toward guns varies from region to region.

He also promoted his proposals for expanding quality preschool education and providing opportunities for higher education.

From Chicago, Obama travels to West Palm Beach, Fla., for the weekend.