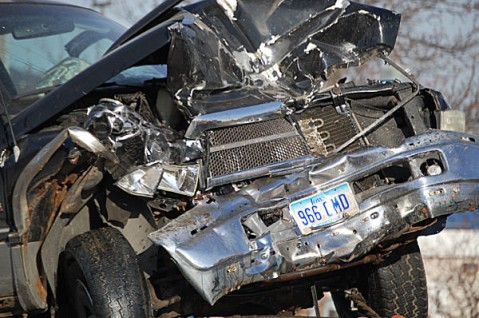 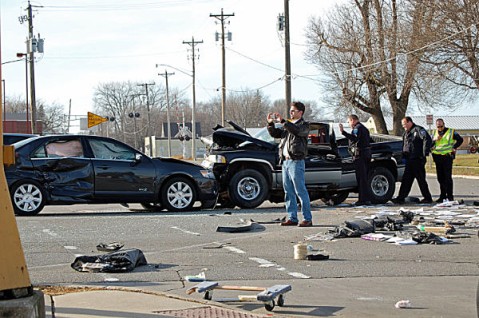 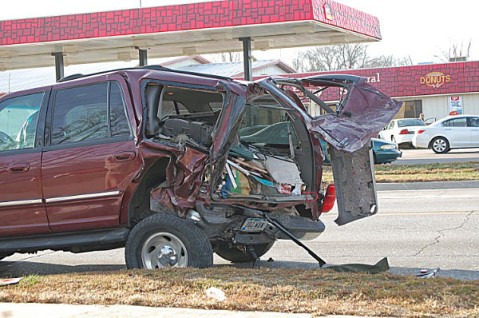 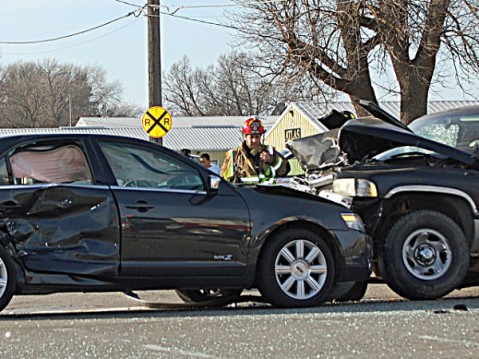 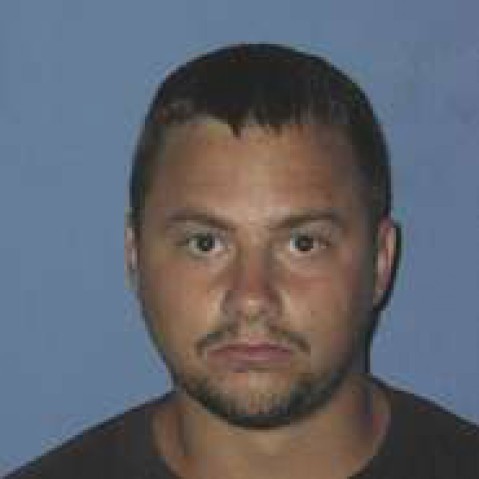 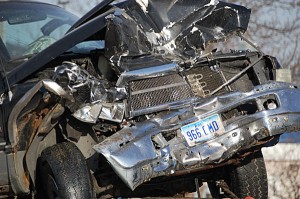 A Dodge Ram driven by Andrew James Romano after an accident in Mason City.

MASON CITY – An Orange City, Iowa man was arrested on multiple charges including operating while intoxicated after a serious three vehicle accident at about 1:26 PM Sunday afternoon at the intersection of 6th Street SW and South Monroe Avenue.

One injured party needed assistance getting extracted from his vehicle. He was taken to Mercy Medical Hospital by ambulance.

Arrested was Andrew James Romano, 25, of Orange City.  Romano was charged with operating while intoxicated, driving while revoked, reckless driving, speeding, and failure to obey a stop signal.

Major damage was done to all three vehicles.  Mason City Police and Fire Departments were at the scene directing traffic and cleaning up the area.

Romano is no stranger to the inside of a courtroom.  He was arrested on September 11, 2012 in Plymouth county, Iowa for first offense operating while intoxicated.  That case is still in court.

Romano has also been charged with carrying weapons, 2nd degree burglary, another charge of operating while intoxicated, possession of drug paraphernalia, third degree burglary and escape of a felon.  Romano discharged from parole March 20, 2012 after serving a prison term for burglary convictions from Poweshiek and Jasper counties.

Katz Towing and Happy Trails assisted in removing the vehicles.

Mason City police said Tuesday that Romano was transported to Mercy hospital and they have been unable at this time to take him into custody. He is assumed hospitalized at this time. 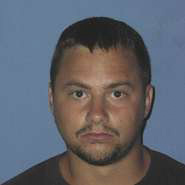 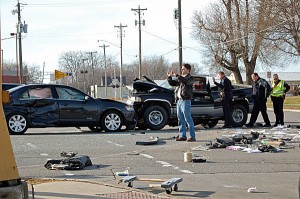 Authorities survey the damage and scattered debris after an accident allegedly caused by a drunk driver on Sunday in Mason City. 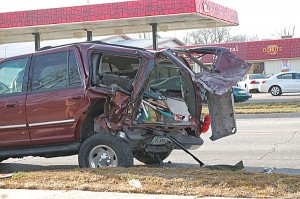 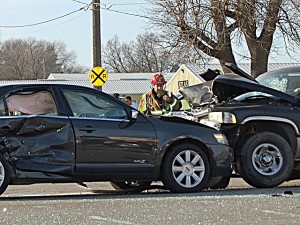