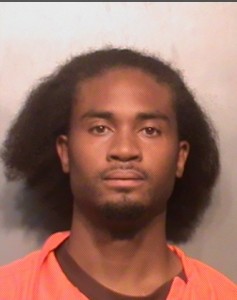 On Saturday evening, September 1, 2012, acting on a tip called into the Des Moines Police Department, Des Moines Police Officers arrested Chestnut at a residence in the 2000 block of 22nd Street in Des Moines. Chestnut was booked into the Polk County Jail where he is currently being held on $5,000 cash bond.

“This is just another example of the good, law-abiding citizens of Des Moines working together with law enforcement to make our communities a safer place to live,” said Michael R. Bladel, U.S. Marshal for the Southern District of Iowa. “I would like to thank the anonymous tipster, the media, and the Des Moines Police Department for their swift response to our request for assistance.”

The Southern Iowa Fugitive Task Force is a cooperative effort of the U.S. Marshals, the Polk County Sheriff’s Office, the Iowa Department of Public Safety, and the Bureau of Alcohol, Tobacco, Firearms, and Explosives.