Do you agree? Fort Hood shooting suspect must shave or be shaved, judge rules 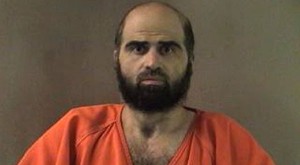 A military judge in Texas ruled Thursday that Maj. Nidal Malik Hasan, the Army psychiatrist charged in the 2009 Fort Hood shooting rampage, must be clean-shaven before his court martial, else he will be forcibly shaved.

Army regulations ban beards, but Hasan, 41, who is still receiving military pay and benefits, objected on religious grounds, arguing that as a Muslim it would be a sin for him to shave. He appealed to the U.S. Court of Appeals for the Armed Forces, which last week ruled that Hasan’s appeal was premature because the military judge handling his case had not issued a definitive order. The court sent the case back to that judge.

Col. Gregory Gross, the military judge at Fort Hood, issued his order Thursday after a hearing to determine whether a federal religious freedom law applied to Hasan’s case. Soldiers may be granted permission to grow beards for religious reasons, and six soldiers have been allowed to do so: a rabbi, two Muslim doctors and three Sikhs, according to Army records.

But Gross ruled that the defense hadn’t proved that Hasan grew a beard for sincere religious reasons, a Fort Hood spokesman told the Los Angeles Times.

The order will probably trigger another delay in Hasan’s trial because his attorneys are expected to appeal to the U.S. Army Court of Criminal Appeals, according to Fort Hood spokesman Tyler Broadway. If they fail there, they could continue to appeal to the U.S. Court of Appeals for the Armed Forces and potentially the U.S. Supreme Court.

Gross has repeatedly found Hasan in contempt of court for appearing with a full beard at his last six pretrial hearings, fining him $1,000 at each hearing and sending him to watch the hearings from a nearby trailer via closed-circuit television.

His court martial had been slated to start last month, but has been delayed as he fights to keep his beard.

Hasan did not speak in his own defense Thursday, Broadway said. Last week, Hasan told the judge that he grew a beard because his Muslim faith requires it, not out of disrespect.

Army correctional facilities have forcibly shaved prisoners six times since 2005, most recently in June 2011. That case involved a prisoner at the Northwestern Joint Regional Correctional Facility at Joint Base Lewis-McChord near Tacoma, Wash., according to Army records.

The Army has specific guidelines on forced shaving, which Broadway supplied to the Times. According to the regulations, if Hasan is required to be forcibly shaved, a licensed barber is to be used if possible, and a group of five military police officers may be called upon to restrain the inmate “with the reasonable force necessary.”

A medical professional is to remain on hand in case of injuries. The shaving must be done with electric clippers and be videotaped, according to Army rules.

23 Responses to Do you agree? Fort Hood shooting suspect must shave or be shaved, judge rules