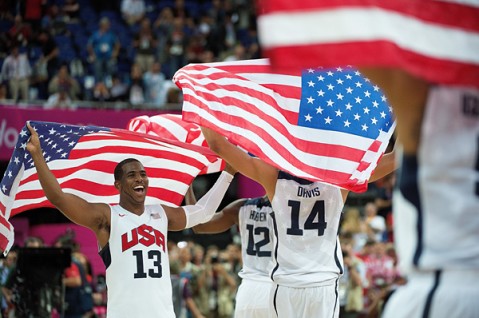 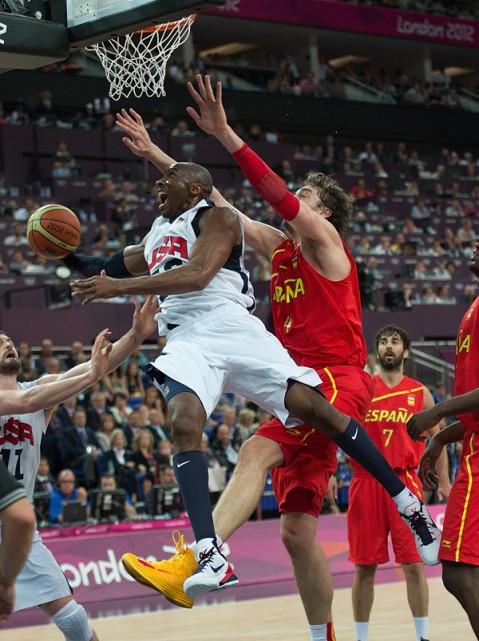 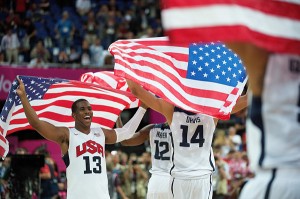 LONDON — Anyone who thinks NBA players don’t care about winning an Olympic gold medal didn’t see the U.S. megastars dancing in a circle carrying a stuffed Olympic mascot Sunday afternoon and then parading around the court draped in American flags.

(PHOTO: USA’s Chris Paul (13) and teammates celebrate their victory over Spain in the Gold Medal game at the at the North Greenwich Arena during the 2012 Summer Olympic Games in London, England, Sunday, August 12, 2012. USA defeated Spain 107-100.)

They had just staved off Spain 107-100 in a game reminiscent of the 2008 Beijing final, a thrilling shootout which the U.S. won 118-107. The Spaniards had closed to within four points in the last three minutes of that game, and pulled to six with 3:20 to go on Sunday before a Lebron James dunk and three-pointer gave the Americans breathing room. 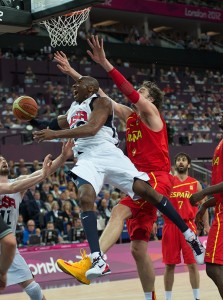 Russia won the bronze medal with an 81-77 win over Argentina.