This news story was published on July 19, 2012.
Advertise on NIT • Subscribe to NIT

As part of the agreement between Rucker’s lawyer and local prosecution, Rucker pled guilty to two class C felony counts of delivery of methamphetamine with 1,000 feet of a school, and one class C felony count of possession with intent to deliver MDMA (Ecstasy).

In exchange for pleading guilty the prosecution will not pursue additional counts brought on by the North Iowa Drug Task Force. Those counts being dismissed are listed in the online court record as:

One class C felony count of delivery of crack cocaine within 1,000 feet of a school.

One class C felony count of delivery of cocaine within 1,000 feet of school.

One class C felony count of delivery of methamphetamine within 1,000 feet of school.

One serious misdemeanor count of possession of crack cocaine.

One serious misdemeanor count of possession of cocaine.

One serious misdemeanor count of possession of marijuana.

Rucker is currently out on bond after North Iowa Bonding posted a $10,000 bond on his behalf hours after an arrest in the early morning hours of July 5th for driving while suspended, speeding and a warrant for violation of his pre-trial release.

Before the driving arrest Rucker had been out on pre-trial release nearly a year awaiting court under the supervision of the Iowa Department of Correctional Services following an order by District Court Judge Colleen D. Weiland to drop a $62,000 cash or surety bond requirement originally set by Magistrate Rolf Aronsen after Rucker spent several days on the run from local law enforcement.

Sentencing for the three class C felony counts Timothy Rucker pled guilty to on Monday, July 16th, has been scheduled for August 27th at 11am in Cerro Gordo County District Court. 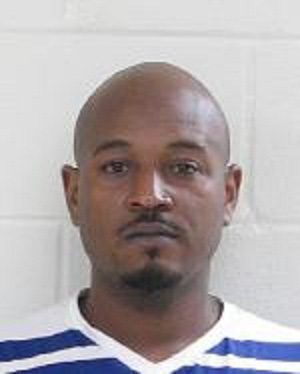