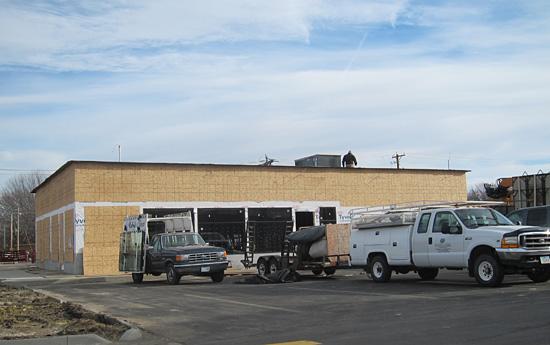 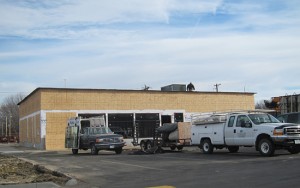 NorthIowaToday.com has learned that a Panchero’s restaurant is not a go at this time for a new location (pictured) in Mason City.

“A lease was never signed,” said Mike Momberg, of Momberg Construction, which is the general contractor on a new building on 4th Street SW.

“That was all a rumor, I don’t know how that ever got out there,” Momberg continued.  “That space in the new building is currently open for lease.”

Mason City city staff was not aware that a deal for the Panchero’s restaurant was not a go, as of Tuesday afternoon.  “It’s too bad,” said City Planner Tricia Sandahl.

It was widely reported that the building that is under construction was to supposedly be home to a Jimmy John’s restaurant and Panchero’s.

Momberg said that Jimmy John’s is a “full go” and “have been wonderful to work with.”  He said his team just met with Jimmy John’s personnel Tuesday and they are “very excited” about opening their restaurant.

“The other side of the building (where Panchereo’s was rumored to open) is open for lease and it can be customized to fit the needs of nearly any business,” Momberg explained.  “We were all surprised to see it in the news, that Panchero’s was coming in.”