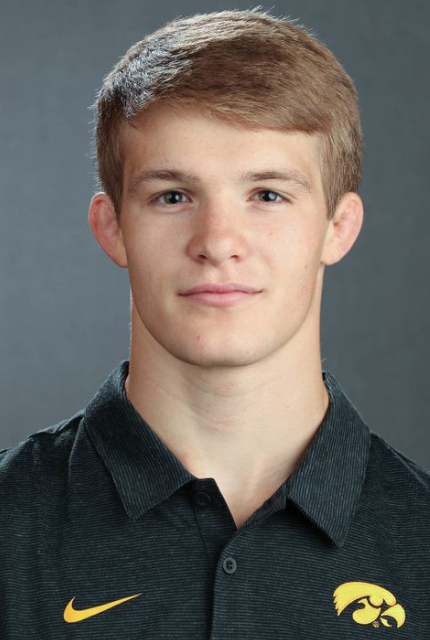 Schreiver, who was competing unattached, secured bonus points in three of his four matches. The Mason City, Iowa, native opened the day with two technical falls, and he won his championship match by major decision over Upper Iowa’s Kaden Anderlik, 13-5.

Rhodes won the “freshman-only” bracket, posting four wins in his collegiate debut. The Mason City, Iowa, native had a pair of major decisions to open the tournament and he defeated Dominik Mallinder of Wisconsin-Whitewater, 9-5, to win his first career open title.

The Hawkeyes posted a 26-7 record in the tournament and all eight wrestlers placed. Iowa had two firsts, one second, three thirds, one fourth and one fifth-place finish.

Freshman Kolby Franklin finished as the runner-up in the 197-pound elite bracket. He had a pin, tech fall and major decision to advance to the championship match before falling to Wisconsin Oshko’s Beau Yineman, 9-4.

Griffith went 3-1 in the 184-pound elite bracket with a technical fall and major decision in his opening two matches. After dropping a decision in the semifinals, Griffith battled back to finish third after defeating Augsburg’s Bentley Schwanebeck-Ost, 5-4.

Hill won a pair of matches via a fall and decision to advance to the 285 elite bracket semifinals, where he fell, 3-2, to Augsburg’s Tyler Kim. Hill finished third via a medical forfeit.

Marty notched Iowa’s final third place finish in the silver heavyweight bracket. The Solon, Iowa, native had a 48-second fall in his second match and he closed out his collegiate debut with a 10-0 major decision over Wartburg’s David Pierson.