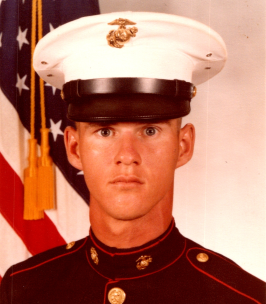 Scott Allen Erickson, the son of Joseph Erickson and Patricia Taylor was born September 27, 1959, in Phoenix, Arizona. He died on Sunday, July 10, 2022, at Lakes Regional Hospital in Spirit Lake, Iowa at the age of 62 years.

He graduated from Apache Junction High School in 1978. Later that year, he enlisted in the United States Marine Corp. During his time in the military, he completed his paralegal degree.

Scott was united in marriage to Maria on December 31, 1981, in Yuma, Arizona. They had 5 children together: Leif, Bonnie, Cesia, Sarah, and Paula. Scott’s military career allowed him to experience and indulge in a plethora of cultures around the globe.

After retiring from the United States Marines in 1994, he settled his family in Estherville, Iowa.

Scott was very passionate about reading books. There was never a time where you would not see him without a book in hand. A life learner who was avid about sharing his knowledge with the world. From his interests in other cultures, he practiced and shared his love for Okinawa Kenpo Karate. Another thing very close to Scott’s heart were his grandchildren. Having always taken them out to eat at Bud’s or McDonald’s.

You would also see him take his grandchildren to the local movie theatre, often enjoying a tub of popcorn alongside sweet snacks. He was a very thoughtful person who would share music and quotes on Facebook to cheer everyone up.

He has been preceded in death by his father Joseph and stepmother Marlene Erickson.