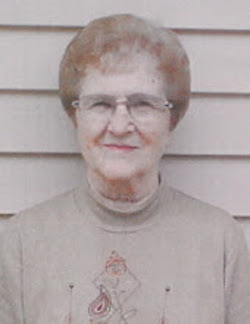 A funeral service for Arlene Carr will be held at 10:30 a.m. on Thursday, June 9, 2022 at Hauser Weishaar Funeral Home in Charles City with Pastor Steven Shafer and David Tice from the Seventh-day Adventist Church officiating. Burial will be at Sunnyside Memory Gardens in Charles City.

Visitation will be at Hauser Weishaar Funeral Home from 9:00 a.m. until the start of the service at the funeral home on Thursday.

Arlene Helen (Bill) Diercks Carr was born August 29, 1932 in a farmhouse near Colwell, Iowa. She was one of 16 children (12 daughters and four sons) born to her parents, Fred and Rosa (Davis) Bill. Arlene received her education in country schools and later in Charles City schools eventually obtaining her GED in July 1969.

Arlene was united in marriage to Harold Diercks on February 26, 1949 and they made their home in Charles City where two children blessed this union: Eugene and Cathy Jo. Harold passed away on September 21, 1982. Arlene married Kenneth Carr on June 7, 1987 in Nashua.

Arlene worked as a waitress, at Charles City Manufacturing Company for a few years and in food service at the Charles City schools for 28 years until retiring in 1991 (she also worked as a painter for the schools in summertime).

Arlene was a member of the Seventh-day Adventist Church, the Floyd County Medical Center Auxiliary where she volunteered and the VFW Auxiliary in Charles City. She enjoyed crocheting, embroidering, reading and traveling. She loved spending time with her family and friends, especially while they shared a meal at Dave’s Restaurant (her favorite).

In lieu of flowers memorials may be given to the Seventh-day Adventist Church.