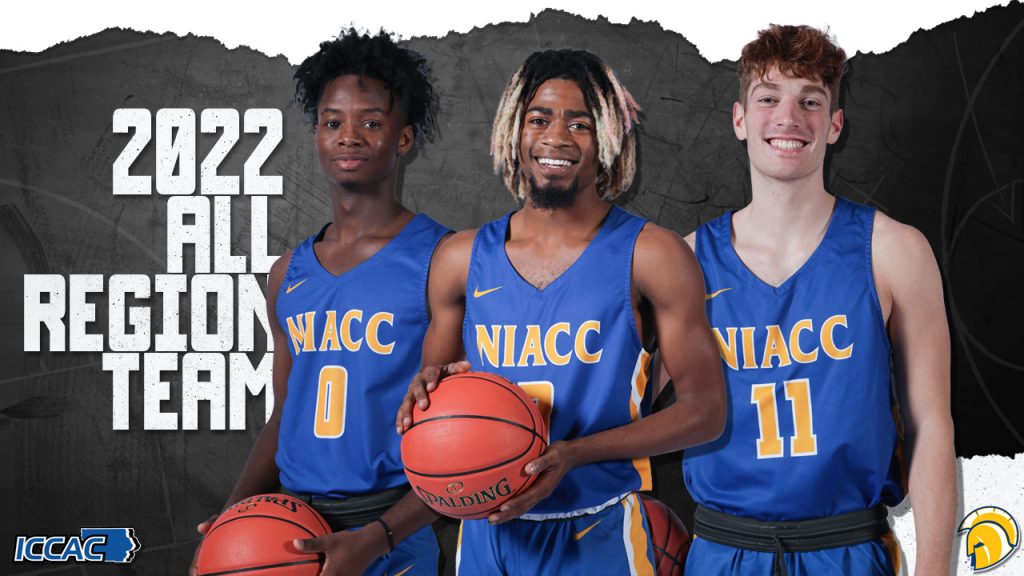 MASON CITY – For the fourth straight season, the NIACC men’s basketball team had a player selected to the NJCAA Region XI first-team on Monday.

NIACC’s Myles Tucker was a first-team selection as a guard and was one of eight members on the first team.

NIACC’s Cortaviaus Seales was a second-team selection as a guard and Noah Rigatuso was an honorable mention pick as a guard.

Tucker, who was also a NJCAA Region XI all-tournament selection, also had 97 rebounds, 75 assists and 44 steals.

Seales, who averaged 12.8 points per game, led the Trojans with 103 assists, which ranks 43rd on the school’s single-season list. Seales also had 94 rebounds and 44 steals.

Rigatuso averaged 10.9 points per game. He collected 152 rebounds with 57 assists and 37 steals.

NIACC, which was 20-12, advanced to the NJCAA Region XI tournament semifinals before falling to Kirkwood, 80-75.
DMACC’s Jadan Graves was selected as the region’s player of the year and Kirkwood’s Tim Sandquist was the region’s coach of the year.