The Hawkeyes have won three straight in the series over Michigan State for the first time since the 2005-06 and 2006-07 seasons.

Tonight’s win was Iowa’s second straight win over a ranked opponent (W, 75-62 over No. 18 Ohio State on Feb. 19). Iowa has won consecutive games over ranked opponents for the first time since beating No. 19 Northwestern and at No. 14 Rutgers last season.

Sophomore Keegan Murray finished with a game-high 28 points, making 10-of-15 field goals, including two 3-pointers. Murray, who scored 18 points in the first half, has scored 25 or more in an NCAA-best 12 games this season.

The Hawkeyes made 12 3-point field goals, shooting 42.9 percent from long range. Iowa has made 10 or more 3s in three of the last five games and in 10 contests this season. Michigan State entered the game with a Big Ten-best 30.2 percent 3-point defense.

Iowa won the rebounding battle, 44-43. The Hawkeyes are 16-0 this season when out-rebounding their opponents.

Michigan State attempted four free throws (two makes) – season lows in both categories. They are a season low total by a Hawkeye opponent.

Today’s meeting was the only regular season meeting between Iowa and Michigan State.

Two-time National Player of the Year Luka Garza was in attendance and had his No. 55 retired at halftime. Iowa also retired the jerseys of Hawkeye greats Charles “Chuck” Darling, Roy Marble and Murray Wier prior to the game. 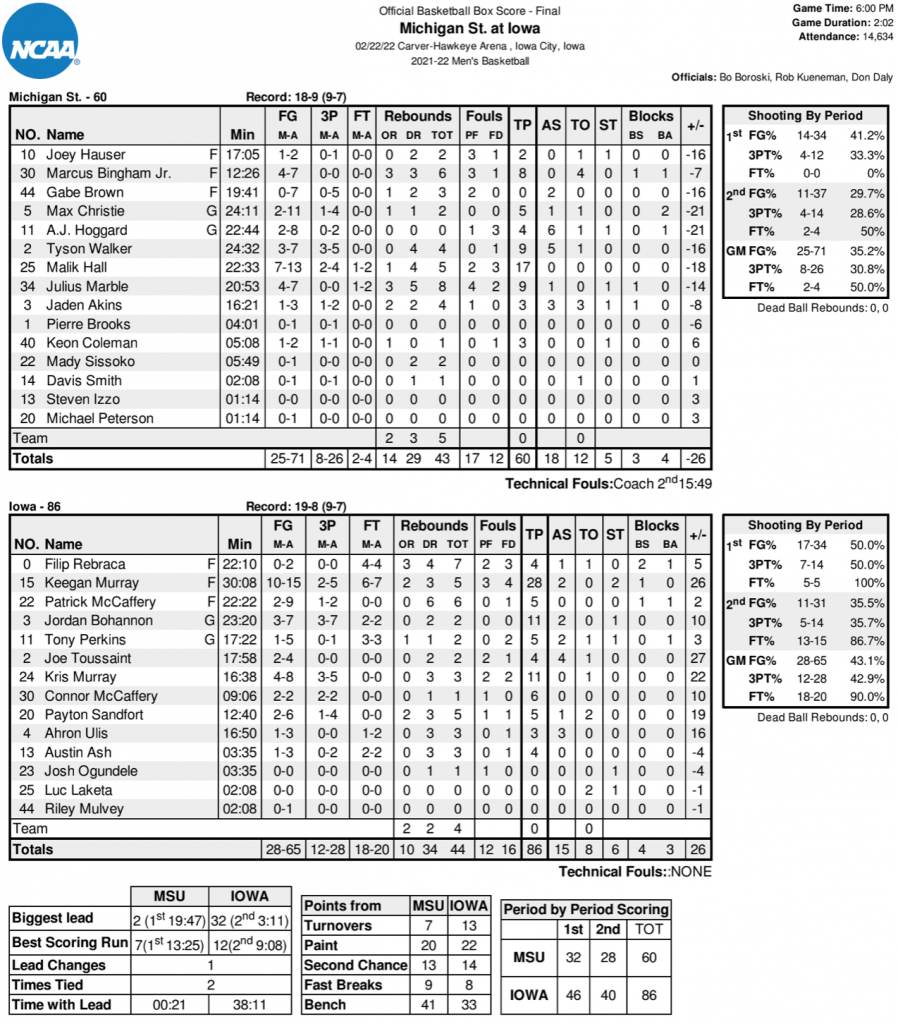