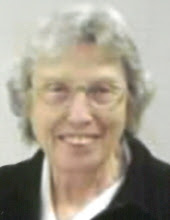 A memorial service for Janet Cimmiyotti will be held at 2:00 p.m. on Monday, January 31, 2022 at Hauser Weishaar Funeral Home with Sister Diana Blong officiating. Inurnment will be held at Calvary Cemetery in Charles City at a later date.

A gathering of family and friends will be held one hour prior to the service on Monday at Hauser Weishaar Funeral Home.

Janet Marie Cimmiyotti was born August 23, 1938 in Albert Lea, Minnesota. She was the daughter of Ralph and Velma (Giles) Weatherwax. The family moved to Charles City when Janet was 9 and she attended and graduated from Immaculate Conception Catholic School. On May 11, 1963, she married Ronald Cimmiyotti at Immaculate Conception Catholic Church in Charles City. She worked for A&W Root Beer Stand as a carhop and later at Woolworth’s and then at Kmart. She also worked in the school lunchroom.

Janet loved spending time with family and friends, camping, going to music festivals, and fanfare in Nashville. She sometimes sang when she was younger with her mom’s family band. She loved to read, especially country music star biographies. She was a member of Immaculate Conception Catholic Church, ladies church circle, Women of the Moose, and enjoyed getting together with the girls that had worked at Kmart with her.

She is survived by her husband of 58 years; son, Brian of Charles City; grandsons, Zack and Alex Hibner both of Charles City; sister, Shirley Bonzer of Waverly; nieces, Ann (Rich) Seggerman of Waverly and Pam (Curt) Turner of Dunkerton; great-niece, Mallory (Travis) Bundy; and great-nephews: Shawn (Rachel) Lee, Danny Bonzer, Lee Seggerman all of Waverly and Todd (Bethany) Dralle of Urbandale; 5 great-great nieces and nephews; numerous cousins; and sisters-in-law, brothers-in-law, nieces, and nephews on the Cimmiyotti side.

She was preceded in death by her parents; grandparents; daughter, Melanie Hibner; brother-in-law, Ron Bonzer; and numerous aunts, uncles, and cousins.