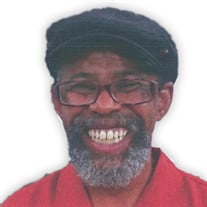 Stanley Dale Thompson, 70, of St. Paul and formerly of Mason City, was called home to the Lord on Sunday, December 12, 2021 at Regions Hospital in St. Paul, MN.

Stanley’s family will receive relatives and friends from 11:30 am until 1:30 pm on Friday at the funeral home.

The son of Charles and Veda (Marks) Thompson, Stanley Dale was born on September 28, 1951 in Iowa City, just minutes ahead of his twin brother, Steven. He was raised in Mason City where he was a member of St. John’s Baptist Church and the Boy Scouts, and attended Grant Elementary. He graduated from Mason City High School where he was active in wrestling, softball, swimming, track and pole vaulting.

On January 15, 1999 Stanley was united in marriage to Ms. Leah Kay Houston and together they would be blessed with 22 years of marriage.
In his free time Stanley enjoyed fishing, catching turtles, watching westerns, traveling, enjoying a good sandwich, and telling stories to family and friends alike.

He will be remembered for his beautiful smile and his love of family and friends. And those who knew Stanley best find comfort in knowing he lived life his own way until the very day he left. His words could be raw and straightforward at times, but he always carried love in his heart.