This news story was published on December 22, 2021.
Advertise on NIT • Subscribe to NIT 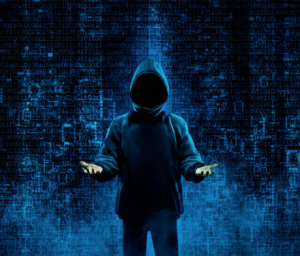 HAMMOND, IN – An Indiana man was sentenced today to 50 years in prison followed by 15 years of supervised release for using social media to produce child pornography.

Lorenzo Johnson, 33, of Hammond, was convicted on Aug. 16 by a federal jury of three counts of conspiring to produce child pornography, one count of distribution of child pornography, and one count of being a felon in possession of a firearm. According to court documents and evidence presented at trial, Johnson used Facebook accounts in the names of others to identify women with access to children who appeared to be experiencing financial difficulties. Johnson, a registered sex offender, offered those women money to take sexually explicit photos of infants and prepubescent children whom they knew, and successfully persuaded three such women, who were subsequently charged with child pornography offenses, to send him photos depicting the sexual abuse of infants and prepubescent children. One such woman subsequently pleaded guilty and is awaiting sentencing. A second is scheduled to plead guilty on Dec. 21. Both women are pleading guilty in the Northern District of Illinois, and charges against a third woman were dismissed in the Northern District of Indiana because she died during the course of the prosecution.

In an interview with the FBI, Johnson admitted that he had also solicited the production of child sexual abuse material (CSAM) from other Facebook users as a means of blackmail. Evidence presented at trial showed Johnson asked one woman to produce CSAM so he could “hold something over her head.” In addition, Facebook records admitted into evidence showed Johnson discussing the sexual abuse of children with his co-conspirators and threatening to “expose” them if they did not agree to produce CSAM.

Johnson was previously convicted in 2009 in Illinois of aggravated sexual abuse involving a minor.

“This sentence demonstrates the FBI’s commitment to identifying sexual predators and investigating these type of cases with a sense of urgency to ensure those who victimize our most vulnerable members of society pay the price with time in prison,” said Acting Special Agent in Charge Gregory Nelsen of the FBI’s Indianapolis Field Office. “As a result of the tireless work of the FBI and our law enforcement partners, Johnson no longer poses a threat to the community.”