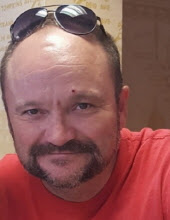 A celebration of Randy’s life will be held at a later date.

Randy Joe Fisher, the son of Charles Dale and Mary Ann (Ruesink) Fisher, was born on July 21, 1967 in Charles City. He graduated from Charles City High School in 1987. On December 7, 1991, Randy was united in marriage to Allison Butzlaff. To this union the couple had two girls: Miranda and Angeleta. The couple later divorced.

Randy worked as a distributor truck driver for Fred Carlson Company in Decorah and worked for Kohlmeyer Construction siding houses. Randy loved to spend his time outdoors playing Frisbee, camping, mushroom hunting, mowing, and taking walks with his dog Striker. He enjoyed spending time with his friend Aaron Howell doing projects and taking care of the farm together.

In lieu of flowers, cards and memorials may be sent to Hauser Weishaar Funeral Home to be given to the family.