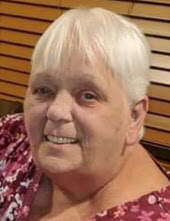 A memorial service for Pam Hansen will be held at 11:00 a.m. on Thursday, December 2, 2021 at Trinity United Methodist Church with Pastor Steve Hansen officiating. Burial will be at Riverside Cemetery in Charles City.

A gathering of family and friends will be held at the church from 9:30 a.m. until the start of the service on Thursday.

Pamela Sue (Thompson) Hansen, the daughter of Harold and Ruth (Rude) Thompson, was born on December 17, 1949 in Decorah, Iowa.

On December 28, 1968 Pam was united in marriage to Gene Hansen in Decorah, Iowa. They were happily married for 44 years until Gene passed away on June 29, 2012.

Pam worked at Salisbury Baptist Home in the kitchen for many years. She also worked at the 11th Street Chautauqua Guest Home in Housekeeping. After her first grandson was born, Pam decided to stay at home and do in home daycare. In 2010, Gene was diagnosed with ALS and she was his primary caretaker until his death.

Pam’s greatest joys in life were her five grandchildren and two great-granddaughters. She will be missed by all who loved her.

Pam was preceded in death by her husband, Gene; parents; parents-in-law; brother, Steve; and nephew, Charlie.