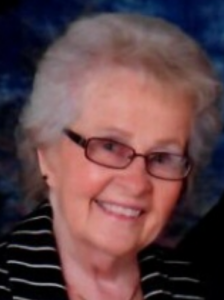 Dorothy Vagts, age 92, of Cresco, passed away peacefully October 26, 2021 at her home with family by her side.

Dorothy Levine Gardner was born March 2, 1929 to Jacob Rupert Gardner and Agnes Jesse (Iverson) Gardner in Cresco, Iowa. She grew up on the Gardner homestead farm, eight miles east of Cresco on the Pole Line Road. She attended Orleans Lutheran Church as a child, as did her Grandparents and Great-Grandparents. She attended country school in Bluffton Township and High School in Cresco.

Dorothy was introduced to her future husband, Martin Vagts, by her date (and brother) Chuck while at a dance at the Country Club in Cresco. Martin and Dorothy were crowned King and Queen of the May Festival at the High School in 1944.

Dorothy worked at the Cresco Bakery the last two years of High School and said she always “snuck in” an extra donut in Martin’s bag! They were engaged on Christmas Eve 1947 and married at Immanuel Lutheran Church in Cresco on June 2, 1948. They loved to dance throughout their lives and even “stepped” around their living room to “In the Mood” on their wedding anniversary in 2016. They enjoyed 70 years of marriage.

After a wedding trip out West, they bought and settled on a farm two miles south of Cresco. In 1957 they purchased and moved to the Gardner homestead. Their marriage blessed them with three daughters; Kathy, Diane and Karen.

Martin and Dorothy always managed to take their family on vacations. The first vacation was in 1963 with a trip to California. In 1964, the family began what would become an annual trip to the lake in Northern Minnesota. This tradition has continued to this day, with the fourth generation enjoying a week together at the lake each summer.

Dorothy worked as a teller at CUSB in Cresco for 15 years during the 1960’s and early 1970’s, mostly at the drive-up window.

Mom was a hardworking partner to Dad in running the family farm. She was a beautiful seamstress, a wonderful cook and an excellent slalom water skier (even into her early 60’s). But most of all she was an incredible Mother. She had quick wit, a good sense of humor and strong faith. She frequently said “remember to count your blessings”. Her love of family and friends will be forever treasured.

Memorials may be directed to Howard County Hospice.