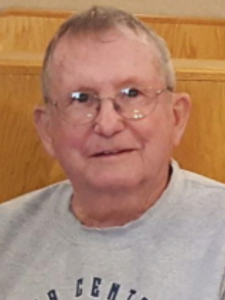 Richard “Dick” Lee Perrin, 87, of Osage, passed away Thursday, October 28, 2021 at the Osage Rehab and Health Care Center in Osage.

Visitation will be at Sacred Heart Catholic Church in Osage from 5:00 to 7:00 p.m. on Tuesday, November 2, 2021 with a Knights of Columbus Rosary being prayed at 4:30 p.m. Visitation will continue one hour before the funeral Mass on Wednesday at the church.

Richard Lee Perrin, the son of Harold and Kathryn (Mapes) Perrin, was born October 22, 1934 in Osage Iowa. He received his education in Osage and graduated from Osage High School. On June 29, 1957 Richard was united in marriage to Mary Badker at Sacred Heart Catholic Church in Osage.

Richard was in the United States Army from 1957 to 1959 and proudly served his country stateside. He worked as a butcher for the grocery store in Osage for over 50 years and had customers wait for him to be available because he always helped them best.

Richard was a member of Sacred Heart Catholic Church and Knights of Columbus. He enjoyed vegetable gardening, canning, cooking and watching and feeding both birds and squirrels. Richard loved spending time with his family and treasured the time spent watching and cheering for his grandchildren at all of their extracurricular activities.

Richard was preceded in death by his parents; son, Gary Perrin; sister, Mary Morris; and brothers: Eugene and James Perrin.