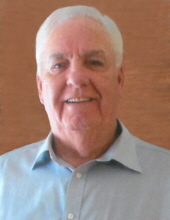 ohn Albert Young, the son of Albert and Olive (Reierson) Young, was born on March 14, 1938 in Brainard, Minnesota. He graduated from Mason City High School in 1957. John was united in marriage to Virginia “Ginny” Hall in 2003.

John was a sales trainee for Ecowater in Minneapolis and a motivational speaker for various companies. He was a member of the Nora Springs golf course and was an avid bowler. He enjoyed his time outdoors hunting and fishing. John was a fan of Minnesota Twins Baseball, Minnesota Wild Hockey and Minnesota Vikings Football.

He was preceded in death by his parents; son, Steven Kiehne; and brother, Jim Young.