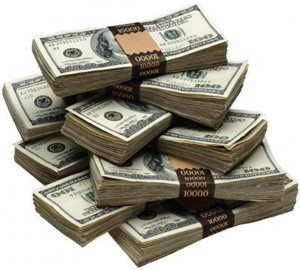 DES MOINES – The Iowa Economic Development Authority (IEDA) Board on Friday approved awards for three Iowa companies, which will assist in the creation of 248 jobs and result in $26.6 million in new capital investment for the state. These projects are located in Council Bluffs, Lake View and Story City.

Pollard Games expands operations in Council Bluffs
A leading manufacturer of charitable and lottery gaming products, Pollard Games produces pull tab tickets, bingo paper, vending and ticket counting machines. Pollard Banknote, the parent company, acquired International Gamco in 2018, which has positioned the company for growth at its Council Bluffs facility. The 40,000-square-foot expansion is planned to accommodate the new product lines. The project represents a $9.4 million capital investment and the board awarded tax benefits through the Targeted Jobs Withholding program. It is expected to bring 151 jobs, of which 48 are incented at a qualifying wage of $22.13 per hour.

Evapco expands Lake View facility
Evapco is an industry leader dedicated to designing and manufacturing for the evaporative cooling and industrial refrigeration markets internationally. The company’s Lake View location is one of 24 in ten countries. The company plans to expand its manufacturing facility by 60,000 square feet. The project represents a $12.5 million capital investment and is expected to create 83 jobs, of which two are incented at a qualifying wage of $22.06 per hour. It was awarded tax benefits through the High Quality Jobs (HQJ) program.

Dose Steelworks adds location in Story City
Dose Steelworks is an innovative, consumer focused manufacturing company centered around production of combine header trailers, portable LED Screens and custom contract steel manufacturing for regional companies. Headhunter combine trailers can be purchased through agricultural implement dealers across the country. Dose Steelworks is the exclusive manufacturer for Insane Impact LED trailers. The company plans to adapt a 100,000-square-foot Story City building for a manufacturing facility after outgrowing their current location. The project represents a $4.7 million capital investment and the board awarded tax benefits through the HQJ program. It is expected to create 14 jobs, of which six are incented at a qualifying wage of $27.67 per hour.

The Iowa Reinvestment District Program is designed to assist communities in developing transformative projects that will improve the quality of life, create and enhance unique opportunities and substantially benefit the community, region and state. Additionally, Reinvestment Districts are characterized by multiple development projects instead of a single project. The program provides for up to $100 million in new state hotel/motel and sales tax revenues to be “reinvested” within approved districts. Districts cannot exceed 75 acres in size and must be in an Urban Renewal Area.

Six of the 10 applicants received a score in excess of 70 points (out of 100) and presented their projects to the IEDA Due Diligence committee on April 30. The IEDA board today, upon the recommendation of the Due Diligence committee, decided on provisional funding for the projects in Ames, Cedar Rapids, Des Moines, Fort Dodge, Urbandale and Newton.

The City of Ames received provisional funding approval of $10 million for its proposed district in the city’s downtown. The Ames plan proposes a total capital investment of $154 million and includes the redevelopment of Lincoln Way, an Indoor Aquatics Center and a new full-service hotel. The district is expected to generate $20 million in revenues over a 20-year period.

Des Moines’ Capital City Reinvestment District: Reimagining the Superfund Site received provisional funding approval of $23.5 million. The district has a capital investment of $277 million and is comprised of multiple projects that include the Pro Iowa soccer stadium, an entertainment venue and three hotels. The district is expected to generate $139.4 million in revenues over a 20-year period.

The Fort Dodge Corridor Plaza Reinvestment District received provisional funding approval of $17 million. The district has a capital investment of $86 million and includes the redevelopment of Crossroads Mall, an indoor/outdoor event space and hotel. The district is expected to generate $32.9 million in revenues over a 20-year period.

The Merle Hay Reinvestment District received provisional funding approval of $26.5 million for its $122 million capital investment proposal. The planned district includes a multi-use ice-arena, training and competition center, hotel and major improvements to Merle Hay Mall. The district is expected to generate $133 million in revenues over a 20-year period.

The Newton Legacy Reinvestment District represents a $47 million capital investment and received provisional funding approval of $14 million. The district is comprised of the redevelopment of former Maytag buildings into new affordable market rate apartments, a boutique hotel, lobby bar and ballroom, improvements to the Des Moines Area Community College campus and revitalizing commercial properties in the city’s Resiliency Zone. The district is expected to generate $21 million in revenues over a 20-year period.