CHARLES CITY – A Charles City man was arrested for breaking into a vehicle.

Charles City police say that on June 18, 2021 at about 8:43 PM, officers responded to the 700 block of Riverside Drive for a report of an individual breaking into a vehicle. After an investigation, 40-year-old Corey Byers of Charles City was arrested for third-degree burglary.

Byers was taken to the Floyd county jail where he remains held on bond. He awaits a June 28 hearing on the matter. Records show Byers is facing a number felony burglary charges brought this month by Charles City police. 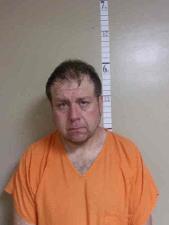