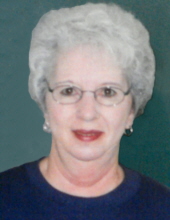 Visitation will be held from 5:00 p.m. to 7:00 p.m. on Thursday, June 24, 2021 at Hauser Weishaar Funeral Home in Charles City and continue one hour before the service on Friday at the Church.

Carolyn Ann Mork, the daughter of Fred and Mae (Wallace) Johnson, was born on August 13, 1942 in Hammond, Missouri. She graduated from Welton High School in 1959 and earned a business degree from AIC in Davenport. Carolyn was united in marriage to Robert Mork on November 9, 1962. Robert brought two children into the marriage David and Cyndi, and to this union, the couple had one daughter, Debbie.

Carolyn was an office manager for several businesses including Moline Paint Mfg., Bassett Bedding, and Professional Labor Relations. Carolyn and Bob ran the Corner Roost for several years and owned and operated the New Haven Tavern, where they made many friends that became just like family. She also worked in the cafeteria at Mitchell County Regional Health Center in Osage.

Carolyn and Bob spent their family vacations up north fishing where they would join with more family for what always created life long memories. Carolyn and Bob also enjoyed going gambling together. They made regular trips to Las Vegas and monthly trips to Red Wing. She always cherished her family, most of all her grandchildren.