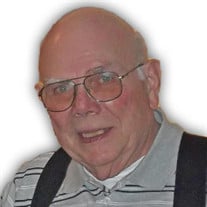 A Livestream of the Mass may be found on our Facebook Page:
https://www.facebook.com/HoganBremerMooreColonialChapel/

William (Bill) Anthony Velthoff was born March 4, 1932 in Mason City, IA the son of Henry and Mildred (Nei) Velthoff. Following his graduation from St. Joseph High School, Bill began his service in the United States Navy. He served for four years until his honorable discharge in 1955. On November 27, 1971, Bill married Pearl Joan (Crabb) Lichman and took on the role of dad to Peggy, Joe and Dawn. Bill worked at Armour Meats until his retirement in 1993.

Bill enjoyed being with friends and family as well as hunting and fishing. He attended Catholic school through high school graduation and was devoted to his Catholic faith. As the years went by, Bill became increasingly involved in his faith and in his later years he spoke often of his faith in Jesus Christ as his Savior. He was a lifelong Iowa Hawkeyes fan.

Preceding him in death are his wife, Pearl; his parents, Henry and Mildred; a brother, Henry Jr. and sisters Mary and Pat.