All-American center Luka Garza returned for his final collegiate game near his hometown of Washington, D.C. tonight. Garza finished with 24 points, seven rebounds, and four assists. The senior netted eight straight points in the first half.

Iowa’s 89 points are the most the Hawkeyes have scored in the 12-game series. The 22-point win is the largest margin of victory in the series.  This is the only regular season game this year between the two teams.

The Hawkeyes sank 13 triples tonight. Iowa, who leads the Big Ten in 3-pointers made, has drained 10+ 3-pointers in eight of 11 games this season.

No. 5 Iowa returns to action on Sunday when the Hawkeyes will have a rematch against Minnesota. Tipoff is scheduled for 1:33 p.m. (CT) on Mediacom Court at Carver-Hawkeye Arena. 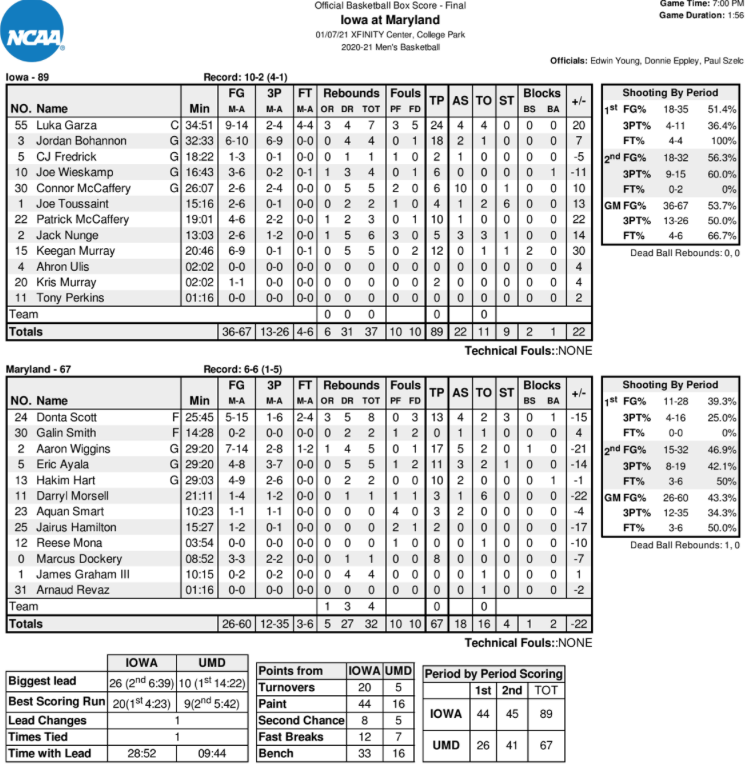