The 24-point victory is Iowa’s third largest margin of victory over Nebraska in the 34-game series.

No. 17 Iowa improved to 12-1 at home, winning its last 11 consecutive games inside Carver-Hawkeye Arena.

The nationally-ranked Hawkeyes have won seven of its last nine contests.

Iowa has beaten Nebraska 12 of the last 13 times in Iowa City.

Joe Wieskamp netted 20 of his career-high 30 points in the second half, reaching 20+ points for the fifth time this season.

Carver-Hawkeye Arena was filled to capacity today for the second straight game (15,056).

Iowa returns to action Thursday in its only regular season game against Indiana. Tipoff is set for 7 p.m. (CT) at Assembly Hall in Bloomington, Indiana. 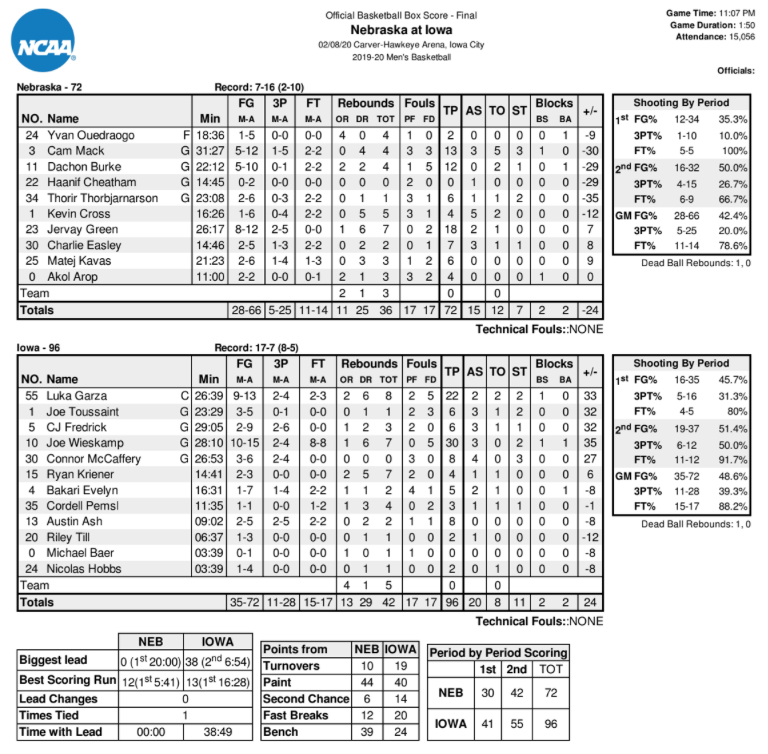