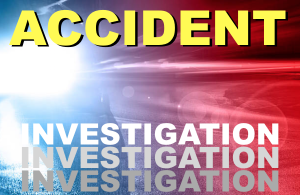 The incident took place on the morning of August 20, 2019. Officers with the Charles City police department were called at 9:27 AM for a single vehicle accident that occurred at Fareway, in the 200 block of 11th Street. Officers arrives and investigated the accident and discovered that 47-year-old Jennifer Barlow of Mason City was driving a 2009 Toyota Camry in the lot when she dropped her cell phone and reached for it. As she did this, she struck a pole in the lot.