CEDAR RAPIDS – A Guatemalan man who illegally returned to the United States after being deported and was caught living in Webster City, Iowa, was sentenced November 20, 2018, to four months in federal prison.

Jorvic Mendez-Mendez, age 26, a citizen of Guatemala illegally present in the United States and residing in Webster City, Iowa, received the prison term after an August 23, 2018, guilty plea to one count of illegal reentry into the United States.

Mendez-Mendez is being held in the United States Marshal’s custody until he can be turned over to immigration officials. 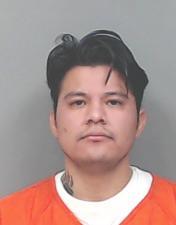