Man arrested for two murders after shooting in Fort Dodge

This news story was published on October 26, 2018.
Advertise on NIT • Subscribe to NIT

FORT DODGE – A man is behind bars, charged with two counts of murder after a recent shooting in Fort Dodge left two men dead.

According to a statement from Fort Dodge police, in the days following the events of early Monday morning, investigators with the Fort Dodge Police Department and the Iowa Division of Investigation began working tirelessly to reach a resolution for the Rhodes family and all of those affected by this incident. Over the last several days, investigators have been following up on numerous leads stemming from information being provided by community members and other investigative leads. As a result of those efforts put forth by both the community and investigators, Tanner J. King, 28 of Fort Dodge, was taken into custody late Thursday evening, in Fort Dodge, on the following charges:

During the investigation into the double homicide, it was discovered that at least one shot was fired at a third victim, identified as Cletio R. Clark, 28 of Fort Dodge. As a result of that information, the charge of Attempt to Commit Murder was also filed in this case. Mr. Clark was not injured.

Although an arrest has been made, the investigation is still on-going. As a result, we will not be releasing any specific details of the investigation at this time. Investigators are continuing to follow up on information, and we continue to encourage those who may have information to contact the police department or Crime Stoppers. 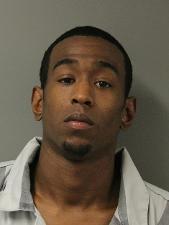