GRAFTON, IOWA – An Grafton man has been sentenced to federal prison for his role in a methamphetamine distribution conspiracy.

According to information disclosed at the sentencing and change of plea hearing, Jorgensen was receiving quarter pound, half pounds and pound amounts of methamphetamine and re-distributing it to others. In February 2017, during a search of Jorgensen’s residence, shop, and Jeep Cherokee, law enforcement seized a large amount of methamphetamine, a Taurus 9 mm handgun and $2,743.00. During his involved in the conspiracy Jorgensen distributed more than 1500 grams of actual (pure) methamphetamine.

Jorgensen is being held in the United States Marshal’s custody until he can be transported to a federal prison. 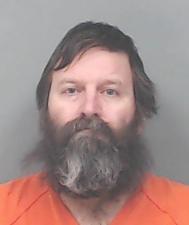