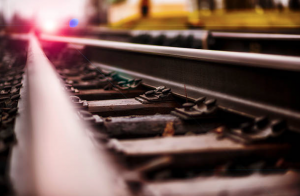 AMES – A Mason City man was struck by a train in Ames and was airlifted to a Des Moines hospital.

Ames, Iowa police say that at approximately 8:00 PM on Saturday, February 10, officers from the Ames Police Department responded to a call of a person struck by a train at the South Duff Avenue railroad crossing. When officers arrived, they found a male lying on the south side of the railroad tracks suffering from life-threatening injuries.

The man was identified as Joe Anthony Zavala, age 54, of Mason City, IA.

Zavala was transported to the Ames Airport by Mary Greeley Medical Center and transferred to life flight. He was then transported to a Des Moines hospital. While the investigation into this incident continues, it does appear to be an accident.

The department has no update on his condition.

8 Responses to Mason City man hit by train in Ames