MASON CITY – Two Charles City women say they are not guilty in an attempted booze heist from a Mason City grocery store.

On May 29, 2017, at around 6:24 PM, Hy Vee West reported two adult females had allegedly shoplifted nearly $400.00 worth of “various kinds of alcohol”.  The suspects apparently made it out of the store.  Mason City police investigated the report and applied for arrest warrants charging the two females with fourth-degree theft. As a result, two Charles City women were rounded up on the arrest warrants. Holly Sachen, age 40, was arrested on June 1 by Charles City police at about 10:21 PM in the 400 block of Iowa Street. Then, on June 2, officers with the Charles City police department located 30-year-old Jenna Theis in the 400 block of Iowa Street. Both women were jailed and soon released, pending court dates.

Also at this time, Sachen faces a charge of identity theft in Floyd county after an arrest by Charles City police. She will be arraigned in August. 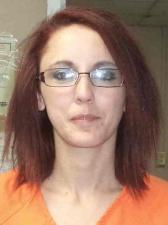