On Wednesday, July 19 at about 8:42 PM, officers with the Charles City police department arrested 49-year-old Michael Debettignies of Charles City on a valid Floyd county warrant for felony third-degree sexual abuse. The alleged crime took place against a female in April of 2012 in Charles City.

Debettignies was appointed a public defender and soon released from jail as a judge imposed a no-contact order. He will face a July 28 preliminary hearing. 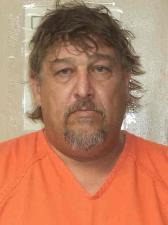