Charles City man allegedly tries to steal over $250 in booze

On July 4, 2017, officers with the Charles City police department responded to a retailer in the 900 block of Kelly Street after a complaint of a subject shoplifting. After an investigation, 43-year-old Troy Gilmore of Charles City was arrested for attempting to shoplift $253.00 worth of alcohol. He was charged with fourth-degree theft.

Gilmore was taken to jail, booked and soon released pending a court hearing set for July 19. 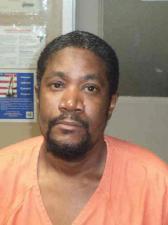