MASON CITY – A woman with a long rap sheet who was accused of furnishing methamphetamine and marijuana to her fellow jail inmates is accused of violating her long probation term and is back behind bars.

Tanya Jean Veal, age 34, was accused of the crime of possession of meth and marijuana back in November of 2012. She was further accused of furnishing the drugs to jail inmates in Cerro Gordo county. The charge of marijuana possession was dismissed, but she pled guilty to the other two crimes. She was put on probation for 4 years in a 2013 plea deal, with suspended fines and prison terms.

On October 19, 2016, Veal allegedly violated her probation and a warrant for her arrest was issued. Records show Veal owes the entire $1,336.75 in fines and court fees connected to this case, and third-party collections failed.
She was eventually booked back into the county jail on November 4. She now awaits a court hearing on November 21 and is being held on $5,000 bond.

Bacon 2013 phil ehe was incarcerated at the county jail, Veal was involved in an altercation. On May 5, 2013, she assaulted another female inmate in her pod dayroom area. She pled guilty the next day to assault and was sentenced to one day in jail and $60.00 in court costs. 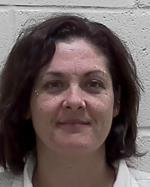