MASON CITY – A Chicago man now living in Mason City is guilty of driving drunk while fleeing police after a dispute and then crashing his car into a garage.

The incident went down on the early morning hours of May 23, 2016. At approximately 2:26 AM that day, an officer tried to stop a vehicle involved in a dispute. The car failed to yield for the officer in the 400 block of West State Street and soon lost control in the alley behind 9 North Madison, striking a garage there. The garage appeared to have incurred serious damage.

The driver, 29-year-old Trapp Leroy Trotter, formerly of Chicago, attempted to flee from the crashed car but was apprehended by officers. Police attempted to corral Trotter. During the apprehension, Trotter allegedly resisted arrest and tried to punch one of the arresting officers. Trotter was arrested and charged with numerous simple and serious misdemeanors including operating while intoxicated, failure to maintain control, driving with a suspended License, reckless driving, leaving the scene of a property damage accident and interference with official acts and assault on a peace officer.

On September 13, Trotter was able to strike a plea deal. He pleaded guilty to first-offense operating while intoxicated and interference with official acts causing bodily injury. All the other charges were dismissed. He was given two jail terms of two days which would be served concurrently. He was also ordered to pay $2,324.75 in fines and court fees. 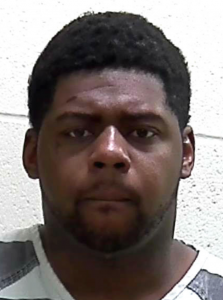 The garage after the collision: 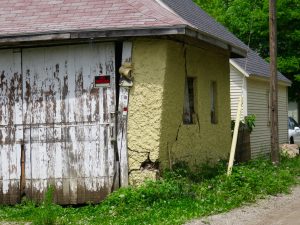 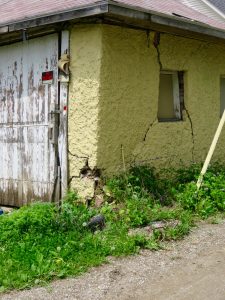 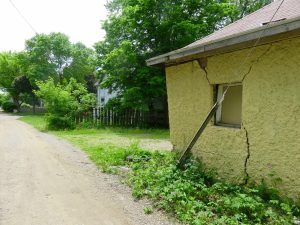