This news story was published on August 24, 2016.
Advertise on NIT • Subscribe to NIT 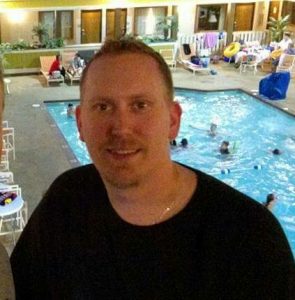 Peterson resides in the northwest side of Mason City with his three boys.

Peterson says he has been in many varying leadership roles throughout his life. He is a team lead at Curries in Mason City, where he also serves as an environmental auditor, helping the company maintain its ISO14001 certification. Peterson is a member of Mason City First United Methodist Church, where his passion for servant-leadership has lead him to serve on many different committees and roles at the church. He states that he has done everything from time in pulpit to leading Sunday school classes. He spent three years on the Board of Trustees at Mason City FUMC, the latter of which he served as chair to the committee, while they took on the save the tower project that helped to keep the tower a part of the main city skyline.

Peterson also intends to manage his campaign very frugally, as he believes the taxpayers of Mason City would want their local tax dollars managed.

For information on where Scott Peterson stands on the issues, please contact peterson4mccouncil@gmail.com