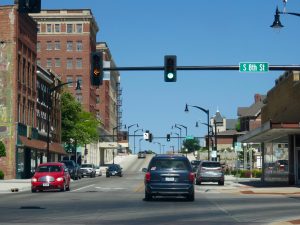 FORT DODGE – A juvenile took a BB gun into downtown Fort Dodge and began shooting out windows at the DHS offices before cops tracked him down and took him to jail.

On Friday, July 29th, 2016 at approx. 01:46 pm the Webster County Law Enforcement Center received a call from an employee at the DHS offices, 330 1st Avenue North, about a known juvenile male who was shooting at the windows of the building with a BB gun.

With the assistance of the Webster County Attorney Office and Webster County Juvenile Court personal the juvenile was arrested and transported to a juvenile detention facility.

Iowa law prohibits the release of the juvenile’s name.