Sources: Union vote to be held at Curries door plant in Mason City

MASON CITY – A union election will soon be held at the Curries door plant in Mason City due to factors that include transient temp workers, too much overtime, and loss of benefits.

Sources tell NIT that the Boilermakers filed a petition with the National Labor Relations Board to hold a union election at Curries, a subsidiary of Assa Abloy. NIT is told the vote will be held July 8 and 460 employees will be eligible to vote. A simple majority of only those who choose to vote is needed in order for the union to be established. According to information passed along to NIT, the weekly dues to belong to the union would be $11.10.  Results from the vote should be known immediately.

Employees are not required to become a union member even if the union is voted in.   According to Iowa law, the union must represent all employees whether they are a member or not.

Curries is an industry leader in the manufacture of hollow metal doors and frames for the commercial, educational and healthcare markets. Curries and its sister company Graham employ hundreds of North Iowans.

As described to NIT, the conditions that led to the pursuit of a union for Curries employees include:

– Too much overtime. Working 6 days a week for months at a time while not being fully staffed.

– A vacation policy change that resulted in every employee losing an entire year of vacation benefits when they switched to an earn as you go vacation policy. For employees with four to five weeks of vacation that could amount to $3,500 to $4,000 each in lost benefits.

– The exploitation of temporary workers rather than hiring direct caused a lot of stress as well. Too many people were just going in and out and regular employees were getting stressed with all the training, retraining and rework.

– Some people were unhappy with the way they let some long-term employees go including Jerry Currie himself. The story goes he was out of town and was told not to return to the office. They packed up his things while he was gone and employees never saw him again.

– The working conditions took a drastic turn for the worst when they tried to implement a failed one-piece flow system. They moved nearly every piece of equipment that disrupted the product flow and created a congested and unsafe work environment.

– Because of the rise in cuts some employees have been forced to wear protective sleeves for personal protection equipment (PPE). Some areas of the plant are very hot and these sleeves raise your body temperature making you that much more uncomfortable. Most employees do not like wearing them but their opinion does not seem to matter.

– Some employees have also been upset about the rising deductibles in the insurance benefits.

“Those are at least a few of the concerns I’ve heard,” the source explained. 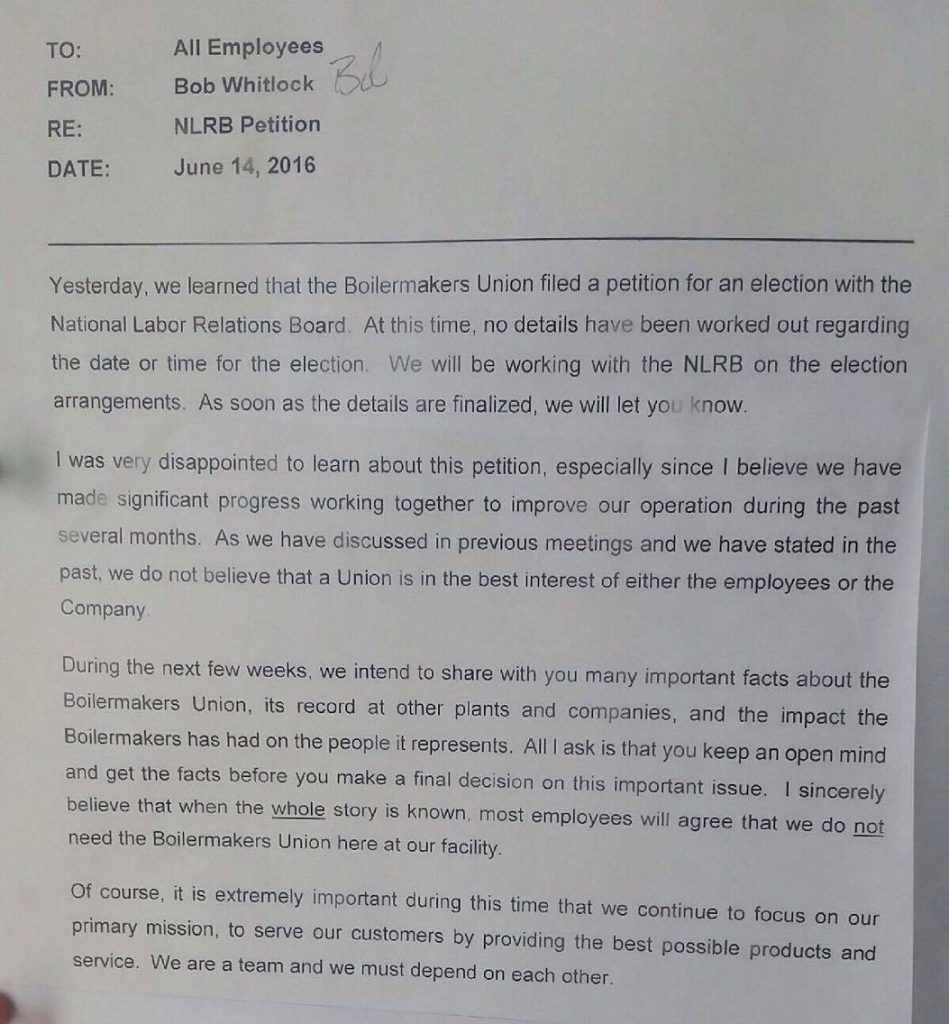