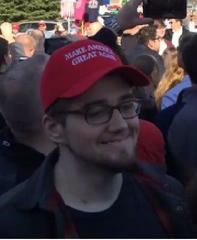 Police are seeking this man

JANESVILLE, WISCONSIN – A 15-year-old girl was pepper sprayed and claimed she was groped as she protested outside a Donald Trump rally in Wisconsin.

The Janesville Police Department is seeking the public’s help in identifying a individual. They say this is in reference to a possible assault that occurred at the Donald Trump Political Rally in Janesville on March 29th, 2016.

According to video footage of the incident, a young lady claimed a man had grabbed or touched her breast, and as she argued, the an unleashed a stream of pepper spray into her face. 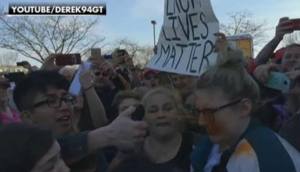