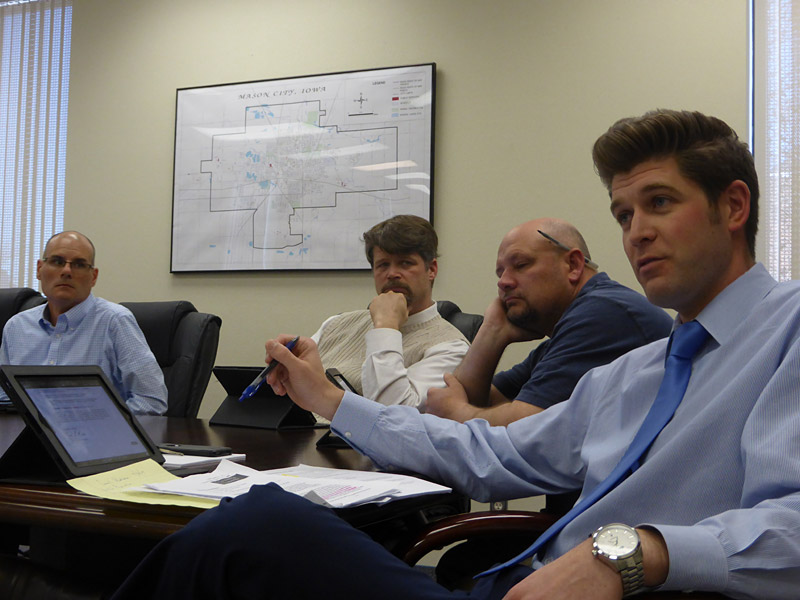 MASON CITY – The Mason City council won’t pursue re-writing city code that would give police officers more authority to search and impound the vehicles of motorists during minor traffic stops.

The city council was considering changes to city code that would allow a person’s vehicle to be searched and then impounded by police if the person could not produce proof of insurance or driving with a suspended license.

Currently, an individual stopped by police for no insurance or driving with a suspended license may be cited or warned and allowed 48 hours to drive, according to police chief Michael Lashbrook, as the matter is cleared up.  Vehicles are only impounded during major criminal investigations in Mason City; police already have authority to do those impounds and subsequent searches.

The Mason City council sought to potentially expand police powers of search and impound for only minor traffic stops, and discussed the issue Wednesday night during its work session at city hall.

Chief Lashbrook offered that his department had no use for the expanded searches and impound.  He said the searches would take one to two hours, taking his officers away from the more pressing criminal activity in town. This revelation came after a lower-ranking officer, Duane Kemna, previously presented the idea to the council. According to sources, Kemna and other officers who are aligned with Mayor Eric Bookmeyer and councilman Travis Hickey circumvented Chief Lashbrook and sought to have the council pass the re-written code without the chief’s input. Sources are telling NIT that there is schism at the MCPD with some officers favoring Chief Lashbrook and others aligning themselves into a different camp.

It was evident during discussion of the code that Councilman Hickey had brought the idea of the expanded searches and impounds forward with Bookmeyer’s backing, and the pair had worked with hourly-paid city attorney Randy Nielsen to craft the new code. Some are saying the potential increase in impounds would be a steadier income stream for the city.

Councilman Alex Kuhn was not in favor of moving forward with the plan, and John Lee was less-than enthusiastic as well. Both said the impounding of vehciles would place an extra, undue burden on those already having trouble. Scott Tornquist said he had no interest in it at all, saying the expansion of police powers could be used to play favorites. He mentioned the word “Baltimore” and how people are already questioning the powers and actions of police around the country.

Jean Marinos wasn’t sure about the idea. The only council person who backed the Hickey-Bookmeyer plan was Janet Solberg, an insurance saleswoman who launched an odd and rambling lecture about how the insurance business works, how she was not the one who was driving with no insurance and anyone caught doing so should be punished with fines and an impound by the city in addition to the penalties already in use.

After about 45 minutes of discussion, Hickey slowly sat back in his chair and declared the issue “dead” as it was evident that the four votes needed to pass the council were not there.

A Minnesota man’s car is impounded Wednesday night in Mason City. The man told NIT it would cost him $100 to get the car back: 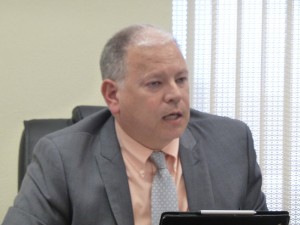