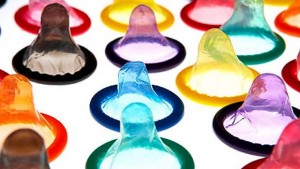 MINNEAPOLIS – The total number of reportable sexually transmitted diseases (STDs) in Minnesota increased by 6 percent in 2014 compared to the previous year’s report, according to the Minnesota Department of Health (MDH). The rise in STDs means that public health departments, clinicians, community organizations, and individuals need to take additional steps to reduce STD rates, as health officials note that STDs can have serious health consequences if left untreated.

Reportable STDs in Minnesota include chlamydia, gonorrhea, and syphilis. There were 24,599 cases reported in 2014 compared to 23,133 in 2013. Key findings within the report include:

Chlamydia is the number one reported infectious disease in the state and reached a new high of 19,897 cases in 2014 compared to 18,724 in 2013, a 6 percent increase. The majority of cases occurred in teens and young adults ages 15 to 24. One in three cases occurred in Greater Minnesota, with at least two cases reported in every county in Minnesota.
Gonorrhea remains the second most commonly reported STD in Minnesota with 4,073 cases reported in 2014 compared to 3,872 in 2013, a 5 percent increase. For the first time in the last decade, the rate in males is higher than the rate in females. Over half (51 percent) of all gonorrhea cases occurred among 15 to 24 year-olds and 79 percent of the cases occurred in the Twin Cities metropolitan and suburban areas.
Syphilis cases increased 17 percent with 629 cases in 2014 compared to 537 in 2013. While new infections continued to be centered within the Twin Cities metropolitan area and among males, particularly among men who have sex with men (MSM), the presence of syphilis among females, especially those who are pregnant, continues to be of concern.
The MDH report also shows higher infection rates for chlamydia and gonorrhea among communities of color and American Indians when compared to whites. Higher primary and secondary syphilis infection rates were seen among African American, Asian, and white MSM.

“Knowing these disparities exist, we need to work toward achieving health equity for those communities that have the fewest opportunities to access STD testing and prevention programs due to social, medical, and/or income disadvantages,” said Dr. Ed Ehlinger, Minnesota Commissioner of Health. “Expanding our partnerships with our most impacted communities will help to ensure that these services are available, culturally acceptable and therefore being used.”

Testing, diagnosing, and treating these diseases in their early stages are critical, health officials say. Since most STDs don’t show symptoms, it’s important for sexually active people to get tested each year or when involved with a new partner. In addition to yearly exams, health care providers should look for additional opportunities to provide screening. This is especially important for younger patients who often may not be scheduled for a yearly check-up.

Health officials from MDH and the Centers for Disease Control and Prevention (CDC) recommend that all health care providers assess the sexual risks among their patients and provide the necessary STD screenings. Health care providers are also responsible for making an effort to get the patient’s sex partners treated.

“Partners of STD infected patients should get tested based on their risk behaviors and treated at the same time to prevent re-infection and spread to others,” said Krissie Guerard, manager of the HIV/STD/TB section at MDH. “Expedited partner therapy (EPT) for chlamydia and gonorrhea can help providers treat the partners of their patients.” EPT allows physicians to provide a prescription or medication through their patients who have tested positive for these two infections. The patient can give those prescriptions or medications to the patient’s sexual partners who are unwilling or unable to get to a clinic.

Ways to prevent getting or spreading STDs include abstaining from sexual contact, limiting the number of sexual partners, always using latex condoms during sex, and not sharing needles for drug use, piercing, or tattooing.