Three-car collision leads to citation but no injuries

MASON CITY – A three-car accident Friday in Mason City led to a citation for a woman.

On Friday, December 19 at about 1:25 PM, three vehicles were westbound in the south lane of the 2400 block of Hwy 122 (near Hobby Lobby). All three vehicles were in a row with a vehicle driven by Kendrick Berg in front. He began slowing or was stopped for traffic. A second vehicle was behind Berg’s vehicle and was driven by Judith Dunker. A third vehicle was driven by Theresa Krumm. The front of Krumm’s vehicle struck rear of Junker’s vehicle. This impact then sent Junker’s vehicle into the rear of Berg’s vehicle.

Krumm was cited for failure to stop in assured clear distance. Ambulances did arrive on the scene, but no one was transported to the hospital by fire medics. 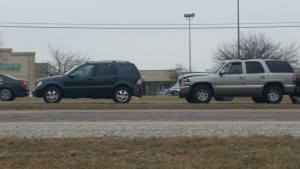 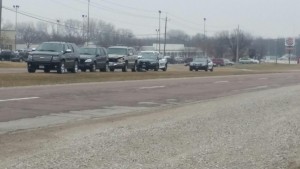