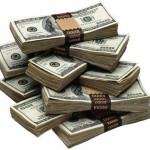 CORALVILLE, IA – An Iowa Senator says that because the state legislature has shown “fiscal responsibility”, more funds can be invested in education and other programs.

“The thoughtful budget-making strategy adopted by the Legislature means that today’s steady revenue estimates will allow us to maintain our investments in expanding Iowa’s middle class,” said Senate Appropriations Chair Bob Dvorsky, a Democrat from Coralville.

He says that new revenue projections “prove” the state budget can be balanced while “investing in middle class families”.

“Our fiscal responsibility is paying off,” Dvorsky continued. “Senate Democrats will continue to work during the 2015 legislative session to continue to expand Iowa’s middle class in all 99 counties. This includes continuing the tuition freeze at our public universities for a third year in a row, invest more resources in our community colleges to train Iowans for 21st Century jobs, and making sure Iowa schoolchildren get the quality education that they deserve.”