One of MC’s “most wanted” set for return to prison 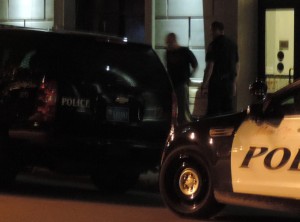 Jason A. Garcia seen leaving the Manor in handcuffs on May 30, 2014 after being on the run for months.

MASON CITY – A Man listed by Mason City police as one of their most wanted individuals is now set to return to prison after a previous assault arrest in the Cultural Crescent.

Jason A. Garcia had been wanted since last December for parole violations related to violent assaults he had previously committed; police considered him a dangerous individual.  He was supposed to face a return to prison at that time.

However, Garcia remain elusive, and police finally caught up with him last May after officers responded to an assault in the Cultural Crescent at the Manor. He was apprehended and charged with serious domestic assault in that incident and has entered a guilty plea to second offense domestic assault, despite numerous previous convictions. He will be sentenced October 8.

Garcia also pled guilty on July 29 to two counts of felony domestic assault, incidents that took place on two separate occasions in April. He will be sentenced on October 8. In connections with this charge, Garcia was sentenced to serve 161 days in jail to one count of violating the no-contact order in the case. He had been accused of 23 violations. 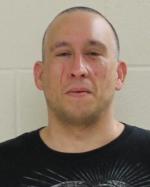